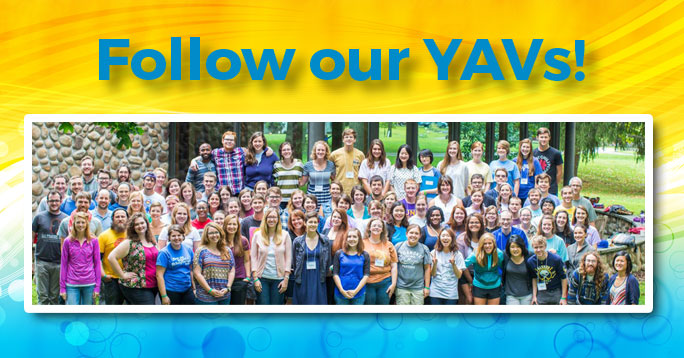 So many people are oppressed by systemic powers telling them that their voice doesn’t matter or robbing them of their right to express their opinion. If I receive affirmation for my prophetic voice, so should the man returning home from prison, the black child expelled from first grade, and the undocumented woman trying to give her children a safe home. It’s time for our society to prioritize love and dignity for all people over profit, dominance, and fear.

On August 25 we commissioned Ailih Weeldreyer and Langley Hoyt as Young Adult Volunteers, who will both be serving in Washington, D.C.

The Young Adult Volunteer (YAV) program is an ecumenical, faith-based year of service for young people, ages 19-30, in sites around the world and in the United States. YAVs accompany local agencies working to address root causes of poverty and reconciliation while exploring the meaning and motivation of their faith in intentional community with peers and mentors. YAVs serve during the academic year, August to July.