The noticeable thing to most of us was likely two weekends with no heat in the Sanctuary. Here’s a description from Dick Seymour of “what that was all about.”

We have known for a long time that the basement was too damp. In fact, we have had running ground water coming into the basement at various times of the year.  After much internet research on life expectancy of paint, we concluded that the severe dampness in the basement was likely affecting the life expectancy of outside paint on the Sanctuary. Operations obtained a reference to a firm in consulting firm in Boston from which we sought advice (Matt Hager leading) on how to prolong external paint life expectancy. The basic advice coming from the Boston consultant was “solve your water/dampness issue first then let’s talk if need be.” Years ago, I investigated approaches for eliminating dampness/water in our basements. The technology at that time indicated digging around the foundation on the outside and sealing from the outside. With the granite block foundation under our 200 year old church building, this was impractical. As we began to refocus on the expense of painting the Sanctuary every 3 -4 years, we began anew on how to solve our dampness/water issue.

We found a firm in Connecticut that approaches such a problem from the inside rather than from the outside. I built a small cardboard model of an idea for containing any incoming water and directing it to a sump pump. Bud Coccodrilli and I met with a representative of Connecticut Basement Systems and explained the model. It turned out that the firm has a solution much along the lines of my small model, but much more extensive; part of which is patented. In addition, we were interested in not only capturing any incoming water, but wanted to capture moisture coming through the soil on the crawlspace portions of the basement. This meant installing a vapor barrier which could trap all moisture and direct it to a new sump-pump system. It also meant installing a first-class commercial humidifier in the basement on which we can set the level of humidity desired.

The air-handling equipment which  accepts hot water from our furnace and converts it to warm air for distribution within the Sanctuary was very, very old and in  rather deplorable shape. Hence, part of the overall solution we envisioned was to completely remove the old air-handling system including all plenums and ductwork and replacing it with state-of-the-art technology.

To accomplish this overhaul, we had to have four different contractors involved. These included mechanical, vapor barrier, electrical and plumbing.

We are very near the conclusion of the project with the two-layer vapor system installed, a new three-stage sump-pump system with battery backup installed and two new air handlers installed. The new air handlers are capable of handling air conditioning as well should we reach life expectancy of our current A/C system. With the help of Bud Coccodrilli and Jerry Amato working with me, we have reset the entrance door to the basement, insulated it and built a new framing system to be pretty much air tight. Hence, moisture and humidity will not be coming in from the outside atmosphere nor the ground. Any running ground water will be captured and directed to the “closed sump-pump system”.

Our beloved Sanctuary will now be in much better shape. This includes a better comfort environment inside and better ability to control humidity that is rising from the basement into the walls of the Sanctuary. 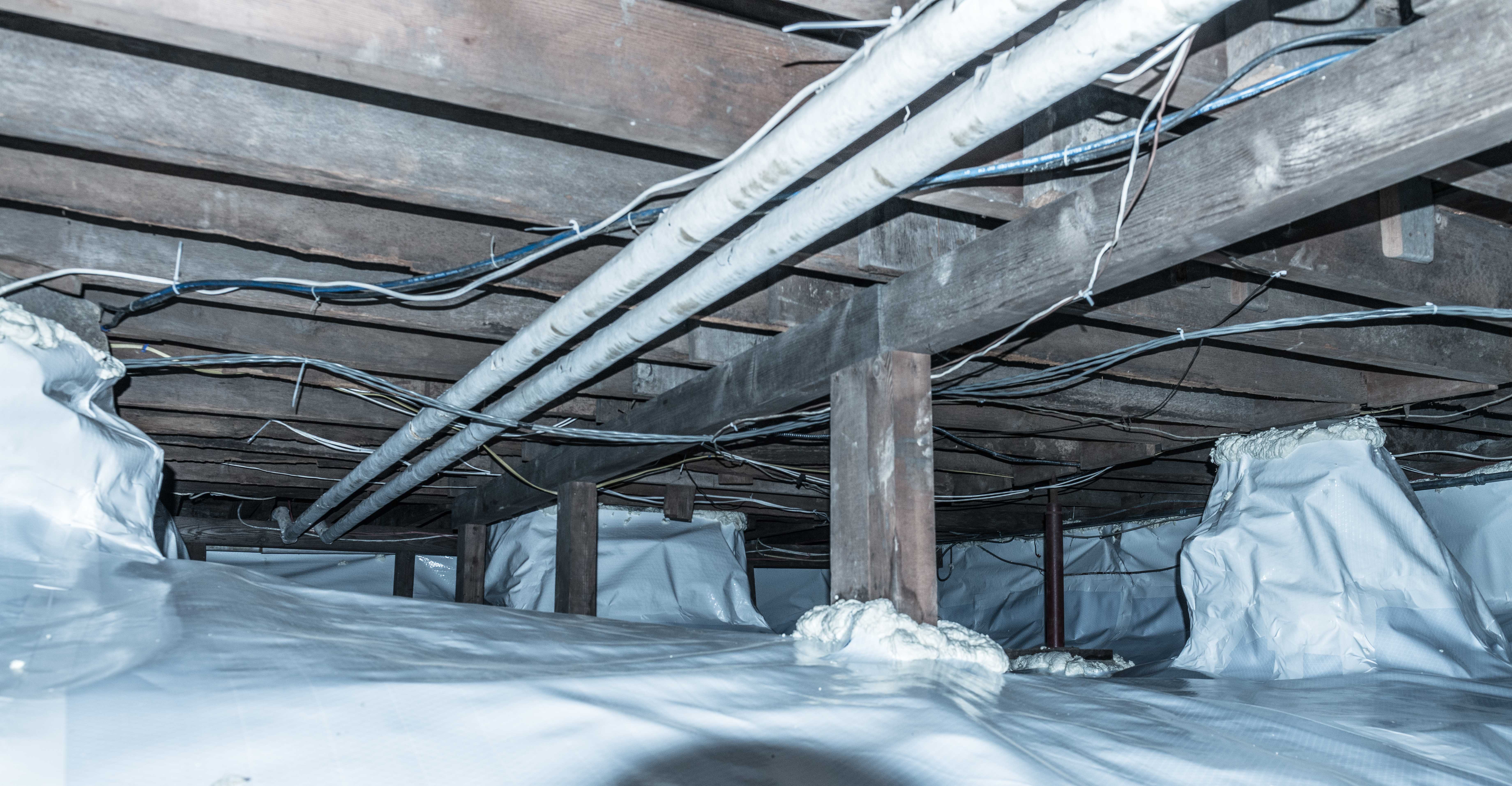