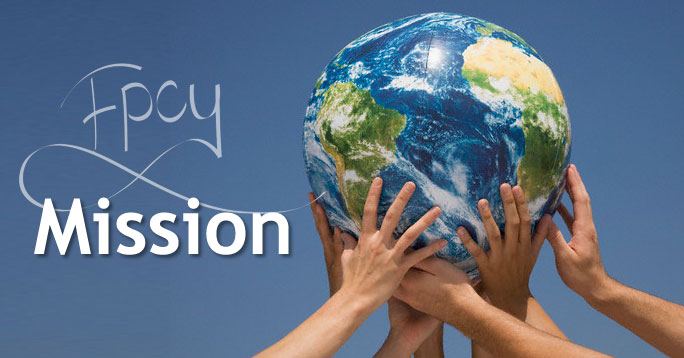 On Sunday, September 22, Ethan Brown, Connie Knapp, and Stephanie Hare, who participated in the Dominican Republic summer mission trip, offered reflections on their experiences. The full reflections in video form can be found on the website under “Sermons.” Excerpts from their reflections are collected here.

From Ethan Brown: I was one of the participants that was on the FPCY DR mission trip, an experience that allowed me to see a new country, build relationships, and work with others in order to achieve a goal. The main goal of going on the mission trip was to connect with locals from DR and obviously, build a house. Not only did we build a house but on top of that we painted  houses that were about to be completed and cemented a floor in another…. This work involved lots of mixing with shovels, wheelbarrowing gravel and dirt, carrying cement bags, carrying cement in buckets, and passing cement to the masons …. Though we had translators, when they were not available my communication to the Spanish speakers consisted of very weak Spanish and thumbs up and thumbs downs. In fact most of the teaching from the masons was just from showing us and trial and error. By the third day of working, everyone was working like a well oiled machine …. Eating lots of healthy food and drinking water was very important to have enough energy to get through the day. With the amount of food we ate, the water we drank, the people we were with, and the motivation we had we completed the jobs in no time while also being able to interact with the people of La Guama. I’d like to thank the people that organized this trip, everyone that was involved, and the church for allowing me to participate in such a wonderful experience. Thank you all very much.

From Connie Knapp: … When we arrived at the work site on Monday, I told Isaias and Mauricio that I needed an easy job, I called it an “abuela” job—abuela means grandmother in Spanish. And so, I wrapped rebar—a job I remembered from our time in Nicaragua over a decade ago. It was fun, we were working under a tree in the shade, and we very quickly became a team, working together, adults and teenagers, getting the job done.

Tuesday afternoon I wasn’t feeling great-could have been the heat, the change in food, anything. I left the work site early and went back to the dorm to nap.

By Wednesday I was feeling terrific, and so I found myself passing bricks along in a brick brigade. I could swing the brick to the next person and that made the brick feel lighter. One of the teenagers said, “Look at Connie’s biceps.” I asked if she was making fun of me and she said no, she was serious. Another young person called me abuela fuerte—strong grandma.

I loved my new name! I embraced the idea of abuela fuerte, and when I pointed out that I didn’t have children, let alone grandchildren, one of the teenagers stepped up and said, “I’ll be your grandchild!”

This was an amazing trip, for not only did we get to work side by side with the people of La Guama, but we got to work as a team with each other. Seven adults, seven teenagers. Seven men, seven women. We ranged in age from 15 to 71. Our ages didn’t matter, our skills, or lack of them, didn’t matter. We were a team. For a week we were the beloved community, along with the people of La Guama. I am so glad that I didn’t let my age be an obstacle to my going on this trip. I am sure that your prayers helped me not only go and return safely but go and return with such joy.

So why do we do this? Why do we travel to places where we struggle with the language; where we have to be careful of the water we drink and even use to brush our teeth? Why do we go to do work that is hard, in weather that is hot, enduring pulled muscles, digestive troubles and, collectively, hundreds of mosquito bites?

In our scripture passage, Jesus sent folks out in small groups to bring greetings of peace, relief to the  suffering, and to say to the people they met, ‘The kingdom of God has come near to you.’ I wonder what those folks thought when they heard those instructions; especially that bit about the Kingdom of God. I’m going to guess that people around Jesus had some questions since we hear that a short time later, Jesus took a moment to break down what he meant by the ‘Kingdom of God’: “It is like a mustard seed that someone took and sowed in the garden; it is like yeast that a woman took and mixed with flour..’” Well, there we go: the Kingdom of God is a guy planting seeds and some lady making bread. Cool. Let’s skip to the benediction and go get coffee because we’ve got all the answers right here. Yeah, no.

We went to DR this summer with Bridges to Community, an organization that engages the help of North American volunteers to work on projects in some of the most underserved, under-resourced corners of the Western Hemisphere. Some folks work on housing, like we did. Other groups of medical professionals set up health clinics is communities where there is very little medical care. All good stuff. All amazing work. So that’s why we go, right? Well, yeah. And no. I mean, that’s definitely a huge part of why we go. Jesus said to go bring peace and help people out right? Check and check. But then there’s that ‘Kingdom of God’ part.

The planning, facilitated by Bridges, to get this school to come to fruition is already a long time in the making and they aren’t close to breaking ground yet. It has taken many meetings of their residents to sort through the needs of their neighbors to identify and prioritize their goals, and then figure out how to gather the resources to make them happen. You see, the school districts and administrators that make plans for the education of our kids here in New York don’t exist in the same way in La Guama. A system for making sure every youth has a school to go to and a way to get there is not there. It may be some day, but much like the mustard seed that is just now sprouting and will take years to grow into a tree, this process is taking time.

One evening during our trip, our friends from Bridges, had us reflect on big ideas of global development. We pondered the massive amounts of resources that industrialized countries use and the waste we are pumping out into the environment, compared to the relatively tiny fraction that developing nations are using and contributing. Yet many of the people in the Global South are the ones already dealing with the effects of a changing climate. So organizations like Bridges and others that work on development must do their work really carefully.

The new houses in La Guama are small in size and basic in function, to put it mildly, though they are hopefully strong enough to withstand storms, with cement floors that will not turn to mud in the rainy season. They protect the people that live inside so much better than the insecure housing they are replacing. Like tiny bubbles in a bowl of yeast, flour, and warm water, these tiny cinder block houses with new roofs and fresh coats of paint are slowly popping up along the one gravel road that serves La Guama. To do otherwise – to quickly build larger, more elaborate homes with increasing needs for power and other resources would be incompatible with the fragile infrastructure in the town, as well as a disservice to the environment. It would be unsustainable. It would be like bread that has risen too fast, collapsed, and burned in an oven too hot, failing in its intended purpose to sustain life.

So here’s the thing about seeds and yeast: they can spread, carried by birds or the breeze, and they can be shared between gardeners and bakers. All of us who traveled to La Guama this summer came home with new seeds to plant and yeast to feed. Some in the form of new questions and a desire to seek the answers; for some, it’s the expanded picture of what neighborliness and hospitality look and feel like, after experiencing the openness and cooperative spirit of the people in La Guama.

The Kingdom of God are the teenagers who mix cement day after day with shovels until the house is completed up to the rafters, then let their experiences change the paths they take in their lives. The Kingdom of God is the development worker who leads months and months of meetings until community members with few obvious resources are empowered to come together and move toward a common goal. The Kingdom of God is concerned citizens who walk out of their schools and their jobs to continue to tell their leaders that the climate is changing until those leaders listen and then do finally something about it.

So why do we do this? Why do we go on these trips? We go to have our hearts cracked open like mustard seeds … We go to be transformed, just as the yeast transforms plain water and hard, tough grains into something sustaining and nutritious. As Chip quoted Father Greg Boyle in our weekly email, “We don’t go to the margins to make a difference. We go to the margins so that the folks at the margins will make us different.”  We go not to bring the Kingdom of God to others, but to realize that we are coming nearer to the Kingdom of God by journeying alongside one another.