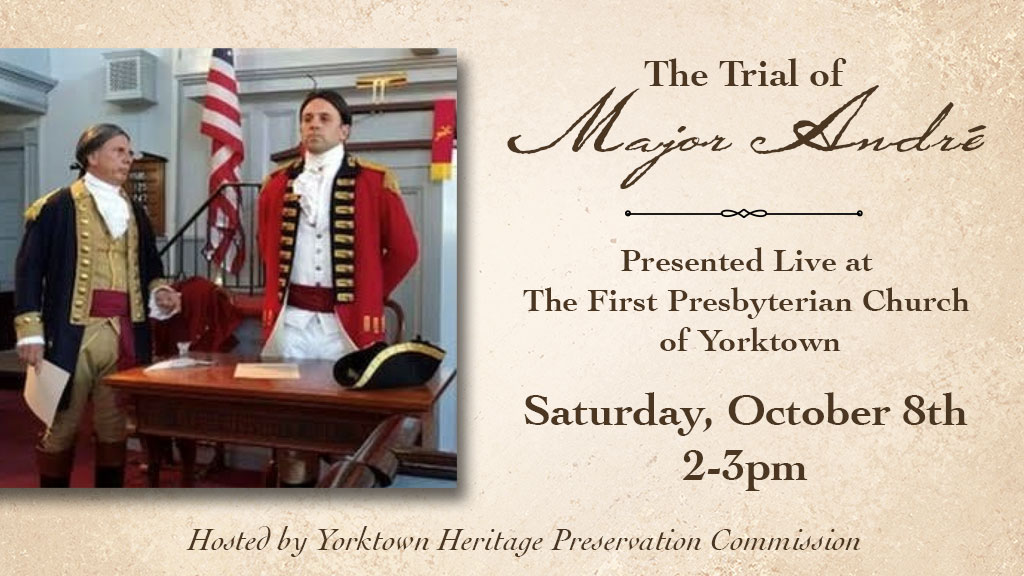 It is September 29th, 1780. The country has just learned the devastating news that American General Benedict Arnold has betrayed his country and was about to surrender West Point to the British. Arnold’s accomplice, Major John André, has been captured and faces a military tribunal at the Old Dutch Church in Tappan New York.

This Man’s a Spy!

THE TRIAL OF MAJOR ANDRÉ

A board of officers has been appointed that will decide whether or not Major André is an officer of the British Army or a spy. General Arnold has escaped and is now safe behind enemy lines. Written and performed by two local educators, the play recounts the trial that decides the fate of Major André.