As the second part of it’s Spring Concert, the FPC Concert Series will present the Westchester premiere of the Mass portions of Karl Jenkins’ internationally acclaimed work on Saturday evening, April 26th at 8:00 p.m. This popular contemporary anti-war piece is based on the Catholic Mass, but is combined with other sources, including text from Revelations, Psalms, and the 15th century catchy folk song L’homme armé, which first gained popularity after the fall of Constantinople to the Turks in 1453. The Mass was commissioned by the Royal Armouries , a museum of medieval military objects housed in the Tower of London. The Director of the museum writes that the Mass, which premiered in 2000, was created to “look back and reflect as we leave behind the most war-torn and destructive century in human history.” The Armed Man follows the descent into war, interspersed with moments of reflection, and ends with hope for peace in the new millennium. This very popular, beautiful, and melodic piece will be performed by choir, orchestra and soloists. A reception will follow in Fellowship Hall. 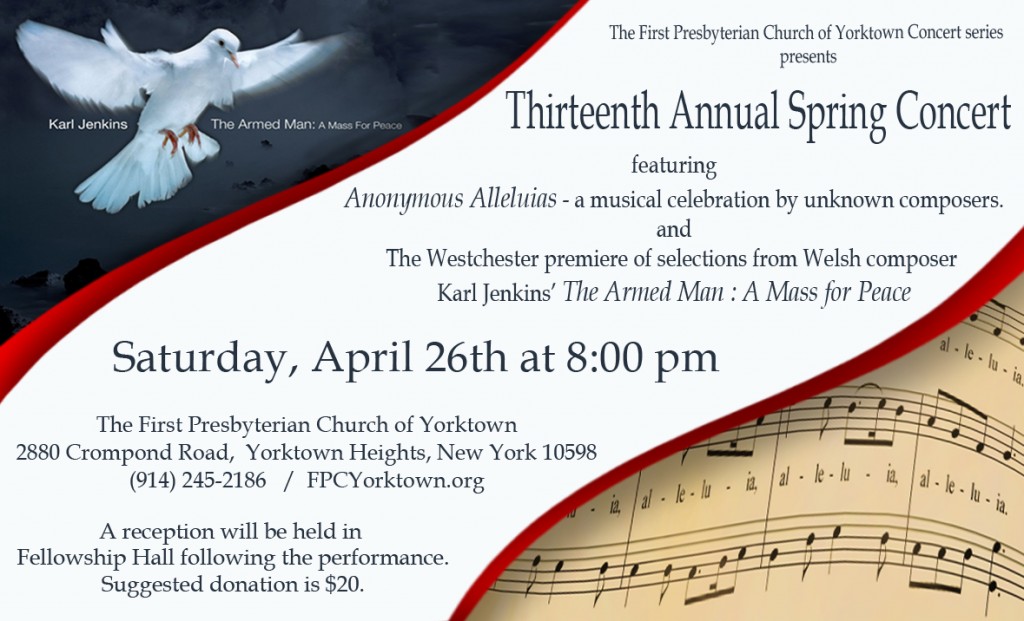