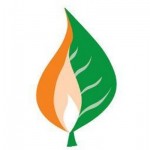 NYSEG is the church’s energy supplier, and they have a program for businesses (and churches with sufficient electric energy costs) to convert lighting from incandescent lighting to energy efficient LED or CFL lighting. The Operations Commission, led by Dick Seymour, asked to have an audit done in 2014 to see what the estimated savings would be if we converted to LED/CFL technology and what our out-of-pocket costs would be for such conversion.

The original audit estimated the total cost of the project would be $20,818 of which NYSEG would pay $12,818 (approximately 62% of the total project cost) and the Church would pay $6,997 (this sum included $1,000 incentive of gift cards which we could use for any purpose). A 65% reduction in lighting energy was estimated based upon the difference in wattage of the existing lighting fixtures and the new. (This does not mean out electric bill will see that estimated reduction as no estimate could be made on the number of hours lighting was and will be actually be used and the proportion of energy that goes to lighting versus motors.)

Later this year we hope to have an analysis of the savings due to this program. Many thanks to Dick Seymour for his leadership on this project!

Note that residents also have access to rebates for making energy-saving changes at their home. For example, ConEd will pay you to come and pick up your extra freezer or refrigerator, and you can get a rebate of up to $1000 to replace your old heating or cooling system. NYSEG has its own set of programs. Check them out!