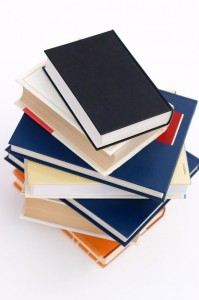 Biblical scholar Elaine Pagels’ recent book Revelations; Visions, Prophecy & Politics in the Book of Revelation (226 P) is a profound exploration of the Bible’s strangest and most controversial book. She writes that Revelation represents in coded form the fierce arguments between Jewish and gentile Christians near the end of the first century, somewhat like political cartoons. For example, “When John says that ‘the beast that I saw was like a leopard, its feet were like a bear’s and its mouth was like a lion’s mouth,’ he revises Daniels’ vision to picture Rome as the worst empire of all.” She explores the ways Revelation has been interpreted over time, and how each new generation has seen its own conflicts, suffering, and hope reflected in powerful images of cosmic war and divine victory. In addition, Pagels discusses other apocalyptic writings from the same period, and how this one nearly missed being included in the Bible. Although scholarly, it is clearly written and a fascinating study of this mysterious book.